Archive for Message in a Word 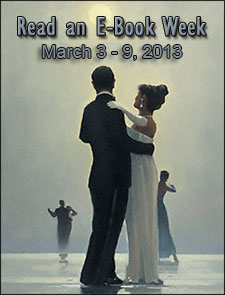 March 3-9 is Read an E-Book Week (REBW), an annual event to promote e-books. Publishers, retailers, and authors offer free or deeply discounted books. You can find Deals and Steals on the website for Read an E-Book Week. There is also a lot of information about ebooks and e-publishing. Whether you’re a first time ebook reader wanting to see what the excitement is all about or an avid ebook reader who wants to load up on free ebooks, you can satisfy your desire for good reading for free during Read an E-Book Week.

I present Message In A Word: Inspired Succinct Sermons Uniquely Expressed as a free download in e-book formats for everyone. Message in a Word includes 52 acrostics, each a special inspirational word with a short devotional following. I hope you enjoy reading it as much as I enjoyed writing it.

The free download is no longer available, but you may purchase this book at any time. Thank you for visiting! 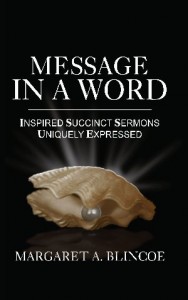 The Next Big Thing

1:  What is the working title of your book?

I am in the completion stages of Message In A Word 2.  The book consists of 52 acrostics which can be read once a week or at whatever pace the reader desires.   An acrostic is a series of lines or letter when read in sequence gives you a message or a phrase.  I have attempted to give as much of a true meaning to each word as I can, with that definition you come away with a message that will give a clearer understanding of the word.  When I first got the idea to write this book I thought it was for the purpose of the speaking of words more than the meaning, now I have a clearer understanding in that I feel it is more of understanding the true meaning of a particular word. I’m finding that acrostics are a clever way of imparting truth.

2:  Where did the idea come from for the WIP?

It was in a series of dreams that concurred over a period of twelve years or so.  The dream consisted of my being pregnant, being advised as to what I should eat while pregnant, as far what to eat after birth was just as important because I was breastfeeding.  This dream was consist and progressive.  It finally came to light for me that a book is often times called our “baby.”   When I concluded that the baby was a book, I then went to work on the book which took me about eight years, mine you not all of those years were writing it was mostly being afraid of what was lying ahead.

3:  What genre does your book come under?

It can be categorized as Non-Fiction or Devotional, or Christian/Inspirational.

4:  Which actors would you choose to play your characters in a movie rendition?

Since my book is not categorized as fiction that would not be applicable for my style of writing.

5:  What is the one-sentence synopsis of your book?

Message in a Word carries a special meaning:  “Means Exploring Specific Subject And Getting Enlightenment In Nutshell As Written Oracle Revealed Deity.”

6.  Is your book self-published, published by an Independent publisher, or represented by an agency?

I am an independent and self-publisher.

7.  How long did it take you to write the first draft of your manuscript?

I don’t use a draft since my writings are done is segments.  It doesn’t take me long to write, after the acrostic I use that particular word to either tell a story or give some insight from the definition of the word.  The writings are usually two to three pages long.

8.  What other book would you compare this story to within your genre?

I don’t know that I can compare my writing.  I’ll give you an example, the subtitle of the book is “Inspired Succinct Sermons Uniquely Expressed.

9.  Who or what inspired you to write this book?

It was not my idea to write a book, I am responding to the divine nudges that I have received and am receiving from the Lord.

10.  What else about your book might pique the reader’s interest?

The book is not a cover to cover read.  It encourages the readers to know they can read and reread at their own pace.  It heightens the reader’s awareness of the true meaning of words.  If you they remember the writings, they will remember the acrostics because of their uniqueness.

Video trailer for Message in a Word

Dominique Sessons reviewed Message in a Word for Apex Reviews. Here’s a snippet, and you can read the entire 5-star review.

With the greater purpose of Blincoe’s efforts being to demonstrate the inherent power that words have to hurt, destroy, inspire, or save, Message In A Word does a standout job of enlightening the reader to the deeper spiritual ramifications of their everyday use. A highly recommended read.

On August 29nd, I signed books at my brother John’s church, Covenant of Grace Church, in Monrovia, California. 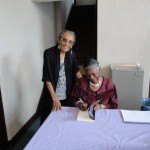 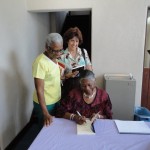 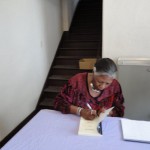 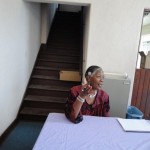 On August 22nd, I signed books at my brother Major’s church, Bread of Life Church, in Carson, California. 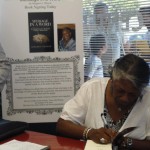 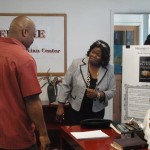 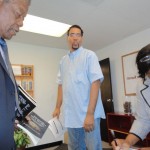 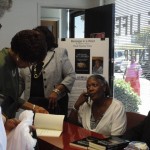 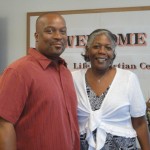 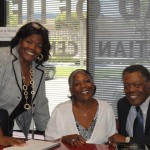 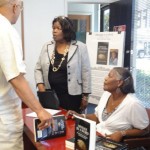 Matthew Keegan has posted a review of Message in a Word at WordJourney Magazine. When you visit WordJourney to read the review, look around and read more “Christian News, Views, & Inspiration.”

Reaction from a Reader

I was thrilled to receive this e-mail message with the subject line: Life Changing.

Well, I had to just put your book down and write to you to let you know how awe-inspiring “Message In A Word” has been to me. Now, I’m taking my time to re-read it to get “revelation” from the messages.

It is very evident to me that you poured your heart and soul into this epistle of excellence. I’ve gone from laughing to crying to worship to reading again. There are not many (if any) people who truly get my personality type. But God accepts me just how he made me.

Reading your book has definitely inspired me to become even more diligent in spending quality time with HIM and less time thinking or being frustrated on stuff that really is out of my control anyway.

I’m glad God has an issue with you. I’m glad you patiently walked out each step of the evolution of this masterpiece. I look forward to purchasing copies for a few friends I know will be blessed by reading and applying the revelation of each inspirational message.

I give you permission to use my testimonial as you deem appropriate. God bless you for being a willing vessel to birth this ‘baby’ -“Message in a Word.”

Excerpt from a Dream

The following is an excerpt from something I wrote several years ago about my recurring dream.

She was told to open her mouth, it would be filled: She was His witness, she was His servant, and He had chosen her to know Him and to put her faith in Him and understand that He was God. She was told that He was sending her to a people that had not listened to Him, therefore would not listen to her for they were brazen and stubborn. So He would make her a match for them. He would make her as brazen and stubborn as they were. He would make her brow adamant, harder than flint. She was not to fear their faces, never to be terrified by them. Whether they listened or didn’t listen, she was to open her mouth and speak.

As she was walking one day, she got a working definition of the word passion. It was show and tell in color. She was walking with a young woman whom she has been mentoring, and, all of a sudden, she knew and, in fact, experienced what passion is. She knew that what she was doing at that moment was what she was born to do. She knew she could no more not do it than she could not breathe. It was like fire shut up in her bones. It was at that moment she realized it was a force inside plodding her along; it ignited and controlled her. It was not there by her choosing. She felt compelled to open her mouth. It was not something she had designed or defined for herself.

That day, she knew what she passion was. It was no coincidence that she was walking and sharing the Scriptures with this young woman. She had done this very thing many times before. This day she knew she was born for this purpose. She had discovered—well, let’s put it this way—she recognized and accepted the thing that made her feel fully alive.

Categories : Message in a Word
Tags : dream, passion, the Word
Next Page »

2021 - Copyright © Message in a Word Enterprises, LLP, All Rights Reserved